3 Ways to Fail Your Way to Success 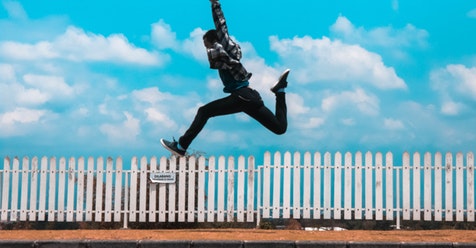 We heard a rumour that there is a recipe for disaster. Ingredients that can produce an unfavuorable result if used by anyone. Most people – if not all – have made habits of them without even realising it.

Let’s put things in perspective. Jenna plans to put up a pizza chain. The aspiring entrepreneur obtained a loan from a bank to jump-start her business. She managed to expand her pizza chain and opened several branches across the United States. However, following years of success, luck was not on her side after the great recession struck America and hugely affected the country’s economy, including her bread and butter. Overwhelmed by failure, Jenna decided to give up and close her pizza business.

You may (or may not) know a reason or two as to why Jenna opted not to score a victory even after a defeat. Here’s the tea.

Negative Thinking
You are what you believe. Self-talk can either be motivating or damaging. Let’s focus on the negative side of this idea for discussion purposes. If you aren’t careful with what you think, this could hurt your courage to get up after each failure. If you fail to check your thoughts, this can lead to setbacks and may even spiral into depression. Self-talk is supposed to inject positive energy and boost your self-esteem, not the other way around. Failure is inevitable. But remember, negativity begets negativity and positivity begets positivity.

Planning to Quit
The most successful tycoons agree that quitting is the worst decision an individual can make. As American inventor and businessman Thomas Edison once said: “Many of life's failures are people who did not realize how close they were to the finish line when they gave up.” In the simplest words, if you decide to surrender to all the challenges life brings you, you are already closing the door to greater opportunities and a possibly brighter future. As mentioned earlier, failure is inevitable but it never stopped these businessmen from achieving their goals. The sad truth is, the majority of us find it easier to throw in the towel.

Forgetting to Learn
This involves not being brave enough to accept your strengths and weaknesses. We can’t stress enough that failure is inevitable. Take it as a stepping stone towards winning. But here’s what happens. First, people concede to emotions when they allow them to rule their decisions. Second, they take failure to another level but not in a good way, instead of using it to their advantage. And lastly, they do not identify the mishaps they encountered along the way as opportunities to learn. It seems that losers (for the lack of a better term) do not ascribe to the idea of knowledge is power.

Sure, no one is willing to fail. But what most people fail to recognise is that life has its highs and lows. They tend to act like Jenna especially when the going gets tough. Rather than rising like a rocket, they beat and blame themselves. Believe it or not, these stumbling blocks devour whatever is left of their self-confidence and strength. It all boils down to coming back stronger than before.

Let’s leave it here with a quote from Winston Churchill: "Success is not final, failure is not fatal – it is the courage to continue that counts."