Aussie Dollar Becomes the Victim Due to Coronavirus 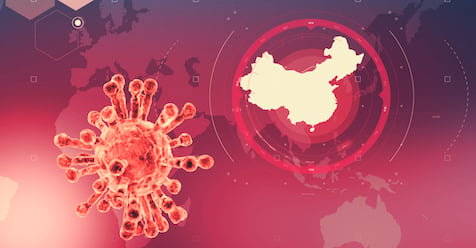 As uncertainties continue to weigh on global economy, short Aussie at rally.

Many businesses across China are set to remain closed on Monday, despite the government’s efforts to restart the world’s second-largest economy following the deadly outbreak of coronavirus. China’s State Council has urged critical industries, such as aviation to resume operations as soon as possible, and most provinces have asked local businesses to reopen on Monday following an emergency 10-day extension to the annual Lunar New Year holiday. Many cities, led by Beijing and Shanghai, are encouraging people to work from home, while some of China’s biggest technology companies, such as Alibaba and Meituan, have extended the holiday break to February 16 or later.

The virus has sent shockwaves through the global economy, rattling financial markets and putting supply chains under severe pressure. Fiat Chrysler warned last week it may be forced to halt production in Europe after struggling to source parts from China, while copper, oil and gas prices have all been hammered by the threat of a prolonged slowdown. The outbreak could sink Beijing’s hopes of setting this year’s economic growth target at about 6%. There is rising speculation that the National People’s Congress, where the growth target is announced every March, will have to be delayed.

The epidemic may also prevent China from increasing purchases of US goods and commodities by $200 billion over the next two years, compared to 2017 levels, as agreed in its recent “phase one” trade deal with the US. While the SARS epidemic of 2003 had a higher fatality rate, killing about 10% of those affected compared to 2% so far for the coronavirus, the latter is far more infectious, and unlike SARS, has forced the shutdown of the largest cities in all of China’s 33 provinces. Many companies, especially those with large workforces, will not reopen tomorrow for fear of new outbreaks emerging.

The Australian dollar tumbled to its weakest level since the financial crisis as investors continued to weigh the impact of the coronavirus on economic growth in China, Australia’s biggest trading partner. The currency, typically regarded as a proxy for Chinese economic growth, fell to the lowest level against the greenback since March 2009. Potential fallout from the coronavirus, and the adverse impact it is likely to have on economic growth, is the latest threat to Australia’s growth outlook, which is also going to take a hit owing to a catastrophic bushfire season.

The rapid spread of the disease has prompted countries all over the world to quarantine travellers from China, while airlines have suspended flights to and from the mainland. Combined with the bushfires, that represents a threat to the health of the Australian tourism industry, which contributed about $61 billion to gross domestic product in the period of 2018 to 2019. Concerns about the virus outweighed a surprisingly upbeat outlook on the Australian economy, which was provided by the country’s central bank earlier on Friday in its closely followed quarterly statement on monetary policy.

We expect price to rise towards 1593 this week.