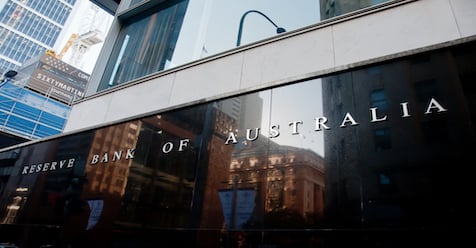 Aussie has been selling off in every RBA easing cycle. If history repeats itself, short AUD/USD.

The RBA said an interest-rate cut would likely be appropriate if there was no further improvement in the jobs market, when it discussed two potential easing scenarios at its May 7 board meeting.

Given international weakness and recent weak Australian inflation data, the board agreed that a further drop in unemployment would be consistent with achieving the inflation target, and therefore agreed that a rate cut would likely be appropriate if there was no further improvement in the labour market in the period ahead. In the event of unemployment trending higher and inflation staying weak, it also acknowledged that a cut would likely be appropriate.

The RBA noted that its recent revised forecasts for growth and inflation were based on lower rates over the next six months, as per usual assumptions in line with market pricing. This implied that without any easing in monetary policy over the next six months, growth and inflation outcome would be expected to be less favourable than the neutral stance.

The central bank also acknowledged that spare capacity would remain in the economy for some time, with the jobless rate expected to remain around 5% over 2019 and 2020. The board meeting was held the week before the release of the April jobs report, which showed unemployment creeping back up to 5.2%.

The board also noted that “leading indicators of labour demand had eased over recent months and provided a mixed picture of the near-term outlook. The RBA recognised that there were risks to its forecasts in both directions. The risks to the global economy and domestic household consumption remained tilted to the downside, while upside risks included continued accommodative financial conditions and increased terms of trade.

Members noted that the sustained low level of interest rates over recent years had supported economic activities and helped lower unemployment. However, household income growth remained low and the March quarterly inflation data indicated that domestic price pressures were lower than expected. Aussie fell right after the release of the minutes.

USD/JPY: The pair may drop towards 109.25 as little catalyst to support risk sentiment for now. 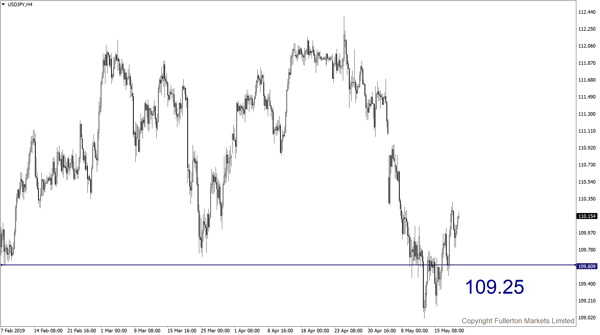 Hang Seng Index: Index may have some technical rebound this week and rise to 27966. 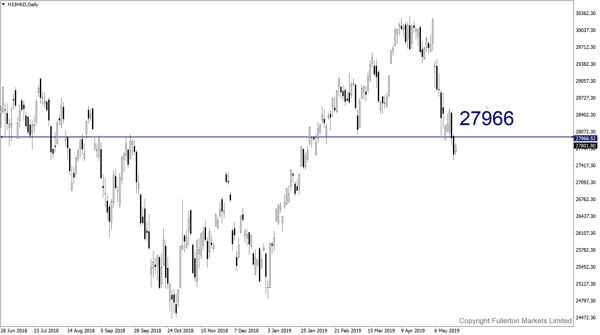 AUD/USD: This pair may drop towards 0.6865 as RBA is expected to cut the rate within the next 6 months. 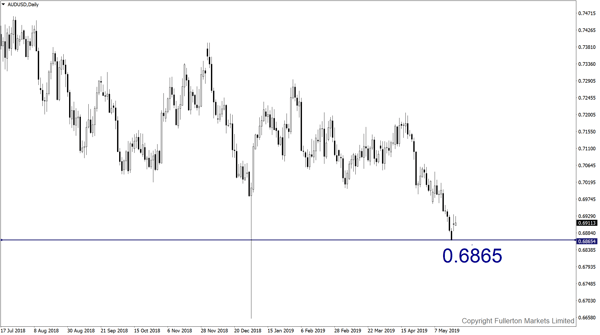 XAU/USD: This pair may rise towards 1282 this week, as risk-off sentiment is more prominent. 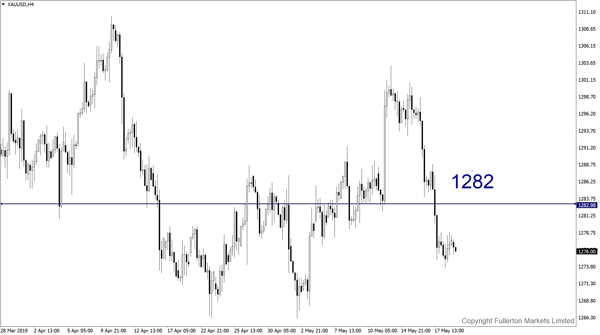