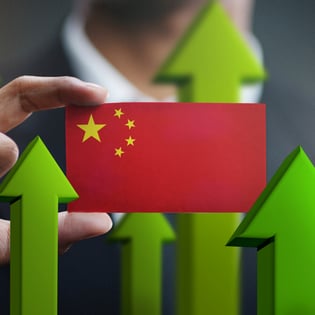 China’s exports delivered a large upside surprise in September, returning to double-digit growth. This increase may reflect front-loading by exporters before the latest tranche of US tariffs imposed in late September, and ahead of the long holiday break at the start of October. Furthermore, import growth undershot, suggesting weakness in the domestic economy.

Export growth accelerated to 14.5% year-on-year in September from a downward revised of 9.1% in August. In our opinion, such strong export momentum isn’t sustainable. Trade headwinds are substantial, and could strengthen in the months ahead, imposing a drag on growth. An end to the trade war with the US seems remote with the US continuing to ratchet up the rhetoric after imposing fresh tariffs on Chinese imports, and China unwilling to engage in talks at what it calls gunpoint. The drawn-out trade war would be increasingly costly to the economy.

At this juncture, allowing further yuan weakness would drive concerns of triggering volatility in the currency market and beyond. Growth support will have to come mainly from the domestic side via monetary and fiscal stimulus which we think will be forthcoming.

While high volatility in the trade data cautions against overinterpreting monthly readings, front-loading in trade might be the explanation. The latest round of US tariffs on $200 billion worth of imports from China only covered till late September, leading to intensive activities before new duties took effect. A closer look at product-level data showed that exports in electric motors, and mechanical and electrical products picked up. The surprise increase in these categories, among those heavily targeted by the new tariffs, suggest that existing orders might be rushed out before the full force of the US tariffs.

Imports slowed by 14.3% year-on-year, down from a 19.9% increase in August, which was below the expected 15.3%. This was partly due to slowing domestic demand as growth momentum weakens, and China’s acceleration in infrastructure construction has yet to boost demand. The trade surplus widened to $31.69 billion, compared with $26.65 billion in August. The bilateral trade surplus with the US expanded to $34.13 billion from $31.07 billion despite the US tariffs.

This pair may drop towards 1.1510 as dollar index could test 96 again this week. 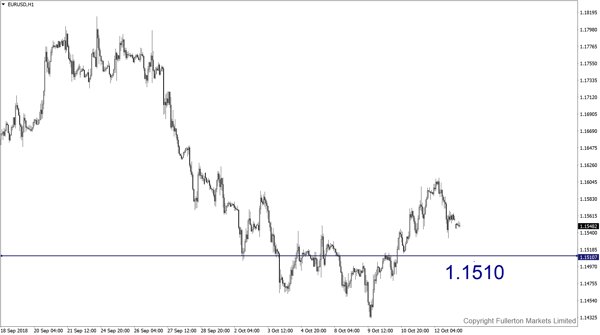 This pair may fall further towards 0.7045 as China is due to release its 3Q GDP this Friday. 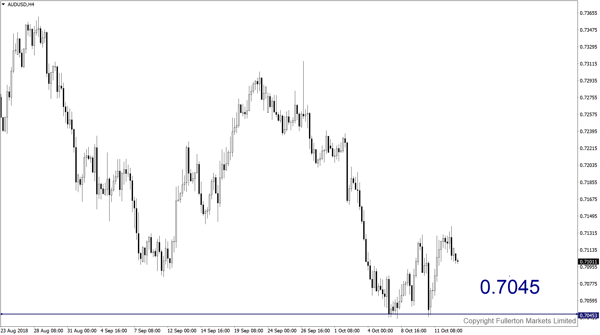 We expect price to fall towards 1208 this week. 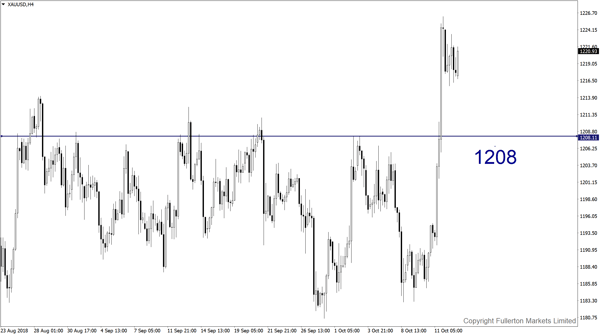