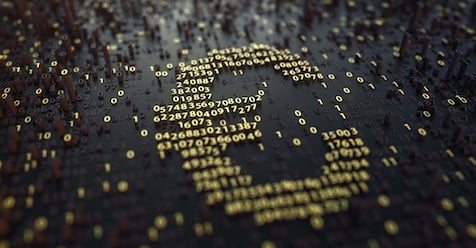 Eurozone outlook may not be as pessimistic as what current sentiment shows, long EUR/USD?

Europe may set the direction for dollar this week

After a shocking few months, there is nascent evidence of stabilisation in the German economy. The headline PMI picked up slightly in April, indicative of possible economic expansion in Q2. Beneath the surface, the plunge in the manufacturing export orders balance came to an end. If manufacturers are able escape a further lasting blow to demand, the economy should get back on the path to recovery.

The headline PMI for April rose slightly to 52.1 from 51.4 in March. Should the composite balance remain at that level through Q2, it would be consistent with GDP growth of about 0.1% which is slightly below our forecast for an expansion of 0.2%. The manufacturing PMI rose to 44.5 from 44.1, the first increase since mid-2018. The manufacturing export orders balance was broadly stable in April following an almost 8% plunge since the start of the year. The absence of a rebound remains a troubling sign, but we do not expect the huge decline in the February factory orders data to be repeated. The sudden weakness of export orders is the latest risk threatening forecasts to be downgraded for the German economy.

On the UK side, investor sentiment on the pound is also improving after a delay to Brexit, though the return of lawmakers this week may disturb the calm. Volatility in the currency has fallen to the lowest in years and options markets signal there are fewer bets against sterling after Prime Minister Theresa May gained a six-month reprieve from the European Union to try to agree to a way forward. The Parliament and UK market will return on Tuesday after the Easter recess, with investors likely to stay cautious until a divorce deal is agreed on.

The pound has been one of the worst performing Group-of-10 currencies against the dollar and euro for the past month. Yet, it remains the biggest gainer in 2019 after a strong start to the year on expectations of a Brexit deal. May’s talks with opposition Labour Party are continuing as she tries to get approval for the divorce terms from a divided House of Commons.

Risk-reversals, a measure of sentiment and positioning in the options, have seen a sharp reduction in pound puts in recent weeks to signal a more balanced market mood. The three-month measure has surged to the least bearish pound sentiment since last July, with the move mainly due to short bets being wiped out. From here, sterling needs to stand on its own merits for those looking to go long.

EUR/USD: This pair may rise towards 1.1285 due to technical rebound. 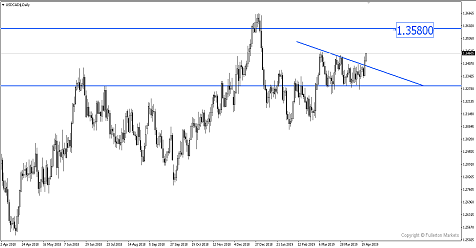 Hang Seng Index: This pair may rise towards 30145 as the bull market in Shanghai stocks will continue to support the HK stocks. 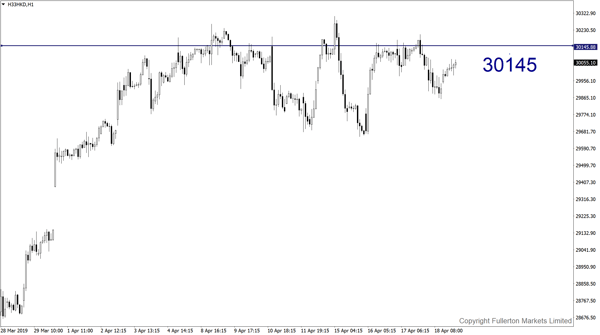 AUD/USD: This pair may rise towards 0.7230 as global risk sentiment remains well. 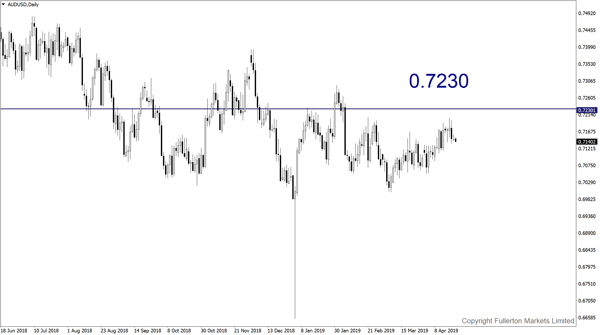 XAU/USD: This pair may rise towards 1290 this week. 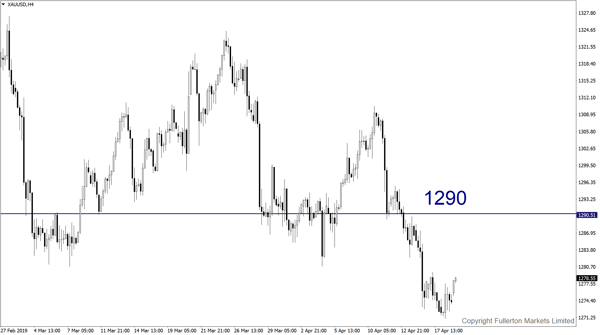