For the First Time in Decades – Fed’s QE Jitters Investors 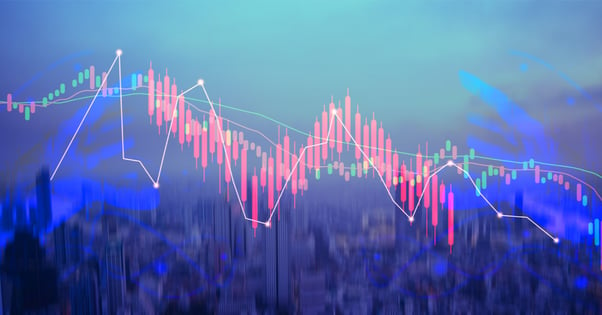 Market sees no short-term solution to combat the virus, short USD/JPY at peak

US equity futures slid, and bonds rallied after the Federal Reserve slashed its benchmark interest rate to near zero, a sign that investors remain worried that the coronavirus will fuel a recession even with borrowing costs dropping.

The Bank of Japan said it would bring forward its own policy meeting to Monday, from later this week, while Japanese Prime Minister Shinzo Abe said that the Group of Seven leaders will hold an extraordinary videoconference at 11pm Tokyo time on Monday to coordinate their response to the coronavirus outbreak.

In addition to slashing borrowing costs, the Fed said it would buy $700 billion in Treasury and mortgage-backed securities, a program called quantitative easing, and would cut the rate charged to banks for short-term emergency loans from its discount window.

It also said it was activating swap lines with five other central banks — including the European Central Bank and the Bank of England — to smooth out disruptions in overseas dollar-funding markets. The moves signalled to investors that the central bank is trying to stave off a virus-induced recession that results in job losses and a major dent to corporate profits. The Fed’s attempt to soothe markets that were chaotic last week was also an encouraging sign to the market.

Still, more emergency action by the Fed could also raise investor concerns about the economy because it comes before many data points have signalled a sharp slowdown.

The market’s reaction shows investors are already looking past the Fed and waiting for the federal government to act with bigger stimulus measures. Until they signal that they understand the magnitude of the coming demand shock, markets will continue to sell off and be subject to significant volatility.

Fed Chairman Jerome Powell also cited a plunge in global oil prices as a factor driving the Fed’s decision on a conference call with the press on Sunday evening. Crude prices have been sliced in half this year with the virus denting travel, while Saudi Arabia and Russia launching a price war that threatens to flood global energy markets. Brent crude, the global gauge of crude prices, fell 3.7% to $32.58 a barrel by early morning in Asia.

Today’s move also came after the Fed took several steps last week to calm the Treasury market, which is the most liquid and actively-traded bond market in the world. Outsize swings in Treasury yields and other safe-haven assets have added to investor anxiety lately.

Despite the Fed’s action, market is expected to remain volatile with many segments of the global economy shut down in tandem due to the coronavirus. The drastic rate cut also leaves the central bank with little room to take further action should the economic outlook darken much further.

Gold also climbed alongside Treasury prices, with investors favouring assets that tend to hold their value during times of market and economic turmoil. Most-active gold futures were up about 1.7%, paring some of last week’s declines. Lower rates make the metal more attractive to yield-seeking investors.

This pair may fall towards 0.6080 this week as risk-off sentiment escalates. 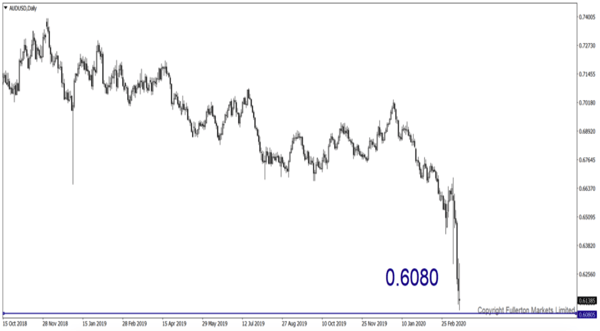 We expect price to rise towards 1575 this week.